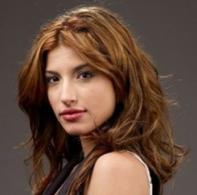 'Big Bang Theory's Raj will finally be getting a love interest in the hit comedy's Valentine's Day-themed episode.

'Lost's Tania Raymonde, who was Alex Rousseau in the ABC series, will play a vet who has to attend to Raj's dog, Cinnamon, after Leonard and Penny have a mishap with the canine.

In the episode titled 'The Locomotive Manipulation', Sheldon and Amy will join Howard and Bernadette for a trip to wine country while Leonard and Penny are tasked with taking care of Raj's dog.

"Everybody winds up spending the night in the vet's office," showrunner Steve Molaro teases THR. "Maybe the vet is a cute young lady and maybe Raj is so worried about his dog that for one night he's not a nervous jackass and he's charming. We'll see what happens from there."

The episode will air on February 6. The episode before that, 'The Convention Conundrum' on January 30, will see Sheldon try to hold his own comic convention after the guys can't get Comic-Con tickets.