). Under the headline 'Beyonce The Pale', the paper called the ad "shocking" and accused the company of making the singer look like a "weird, nearly white version of herself."

A barrage of outrage followed, with readers attacking L'Oreal for everything from racism to unfair business practices.

However, L'Oreal insists it did not lighten Beyonce Knowles' skin tone: "It is categorically untrue that L'Oreal Paris altered Ms. Knowles' features or skin-tone in the campaign for Feria hair color," the company says in a statement. "Beyonce Knowles has been a spokesperson for the L'Oreal Paris brand since 2001. We highly value our relationship with Ms. Knowles."

The ad for their Feria hair color is prominently featured in this month's issue of 'Elle' magazine, and shows the singer with dark blond hair and a paler complexion than you may be used to. But we doubt Beyonce has any problem with the ad, after all she's being paid around $1 million by the company for working just ten days in a year.

See the ad below: 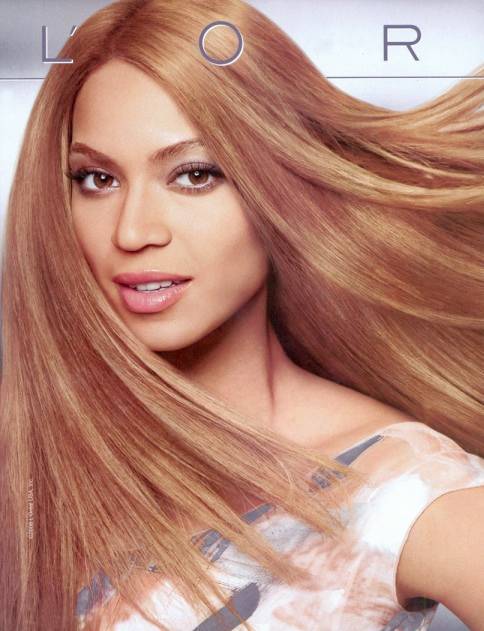