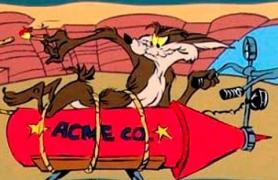 Warner Bros. is planning to bring 'Looney Tunes' to the big screen with a film that will center around ACME, the fictional company that makes the failure-prone and outlandish products seen in the cartoons.

The new film, tentatively titled simply 'ACME', will not center around the famous characters in the Looney Tunes universe such as Bugs Bunny, Road Runner or Wile E. Coyote.

Instead, it will likely feature spin-off characters who work at the company alongside Carell.

The film won't be in the vein of classic Looney Tunes films. The studio is instead hoping to capture several demographics, much like 'The Lego Movie' did with in-jokes around popular culture with the added dimension of the workplace.