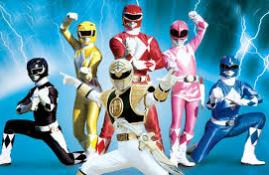 The move comes nearly two decades after 'Turbo: A Power Rangers Movie' performed dismally at the box office and was panned by nearly everyone who had the misfortune to watch it.

The children's television series featuring teams of costumed heroes has been on TV since 1993. Despite initial criticism for its action violence targeted to children, the franchise has maintained its niche.

Creator Haim Saban regained ownership of the franchise in 2010 after seven years under The Walt Disney Company and believes Lions Gate is the "perfect home" for the Power Rangers.

The studio has recently had success in the young-adult genre with 'Twilight' and 'The Hunger Games'.