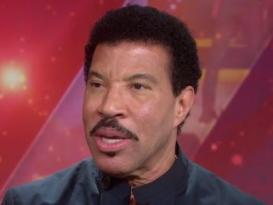 ) and Luke Bryan on the 'American Idol' judges table.

Incidentally, it was Bryan, who was announced last week, that confirmed the news in a video to his fans.

"I'm so excited and proud to announce that I will be one of the three judges on ABC's American Idol," he said. "I will be joined with the beautiful Miss Katy Perry and my hero, Mr. Lionel Richie, and my fellow Georgia boy Ryan Seacrest."

The trio is scheduled to make their first appearance together on 'Good Morning America' this Wednesday.

The ABC reboot won't premiere until sometime in 2018.