Lindsay Lohan Talks Mistakes, Drug Use and Career In Interview 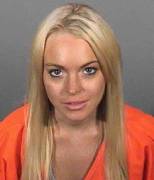 ) wants her acting career back.

In the upcoming issue of Vanity Fair, the 24-year-old says that her poor choice of role models and lack of discipline led her astray. The interview was conducted shortly before she began to serve her jail term and stint in treatment.

"I was irresponsible. And I'm not making excuses," Lohan says.

"So many people around me would say they cared for the wrong reasons. A lot of people were pulling from me, taking from me and not giving. I had a lot of people that were there for me for, you know, the party."

"I would look up to those girls... the Britneys and whatever," she said. "And I would be like, I want to be like that."

Lohan says she used to mainly get her news from tabloids, which she now calls "scary and sad."

"I didn't have any structure. I think a lot of it was because when I was doing my first slew of movies, it was very go-go, and I had a lot of responsibility, and I think just the second I didn't have it anymore -- I was 18, 19 -- with a ton of money and no one really here to tell me that I couldn't do certain things … And I see where that's gotten me now, and I don't like it."

"I've never abused prescription drugs. I never have — never in my life. I have no desire to. That's not who I am. I've admitted to the things that I've done — to, you know, dabbling in certain things and trying things 'cause I was young and curious and thought it was like, O.K., 'cause other people were doing it and other people put it in front of me. And I see what happened in my life because of it."

"These were my college years but they were in the public eye. I was irresponsible. I was experimenting. I was doing certain things that people do 10 times more of when they're in college."

"But if I were the alcoholic everyone says I am, then putting a bracelet on would have ended me up in detox, in the emergency room, because I would have had to come down from all the things that people say I'm taking and my father says I'm taking — so that says something, because I was fine."

She also lashes out against her father for not having been there for his family.

"I think if anyone should be looked at medically it's him," she says. "He has such a big chemical imbalance at this point because of all the things he's done to himself. I think my biggest focus for myself is learning how to continue to get through the trauma that my father has caused in my life."

"The worst part of it is you turn around and you see your dad crying and normally you'd be, like, happy that your father's there. But then he has to go and do an interview right after."

But despite everything, Lindsay is confident in her acting abilities: "I don't care what anyone says. I know that I'm a damn good actress."

"I want my career back," she says. "I know that I'm a damn good actress, and it's been my passion since I was a child, and I know that when I care about something, I put 100 percent and more into it."

"I want the respect that I had when I was doing great movies. And if that takes not going out to a club at night, then so be it. It's not fun anyway. I don't care. It's the same thing every time."