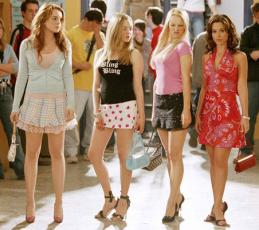 In a recent interview with CNN, the 30-year-old actress revealed she's been pushing for a sequel to the film for years.

"I know Tina Fey and Lorne Michaels and all of Paramount are very busy but I'll keep forcing it and pushing it on them until we do it."

"I would love to have Jamie Lee Curtis and Jimmy Fallon in the movie," she added.

"I've already written a treatment for it, so I just need a response."

Fey has said she's working on a 'Mean Girls' musical.