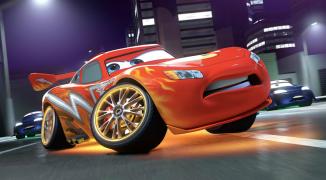 Lightning McQueen crashes and burns in the first teaser trailer for 'Cars 3', which probably isn't a bad thing after the second installment.

The short clip teases "everything will change" and according to a synopsis released by Disney, the film will be a comeback story of sorts as McQueen struggles to get back on the track.

"Lightning McQueen sets out to prove to a new generation of racers that he's still the best race car in the world," it reads.