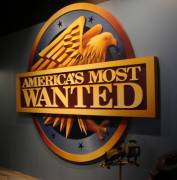 Just weeks after Fox announced it was cancelling 'America's Most Wanted', Lifetime has stepped up to acquire the long-running series that has captured more than 1,100 fugitives, including 17 on the FBI's Ten Most Wanted List.

The series will now return later this year with creator-host John Walsh.

"America's Most Wanted is a seminal program that provides a very valuable service to both viewers and law enforcement agencies," Lifetime President and GM, Nancy Dubuc, says.

"For more than two decades John Walsh has been leading the fight against crime and it's an honor to partner with him on bringing back this important show."

"I've always believed there was something very special about America's Most Wanted and that there should be a home for it on television, and I couldn't be happier to now be able bring it back on Lifetime," adds John Walsh.

"We kept the hotline and website up, and we've caught four guys since the last show. The viewers didn't give up on us."

"We've often been called the court of last resort. Now we are back in the game and ready to saddle up for another season to get justice for victims and put dangerous criminals behind bars."

Walsh says he's had been working feverishly to find a network to carry the show since the Fox announcement.