Leah Remini Calls Taking Down Church of Scientology Her 'Passion' 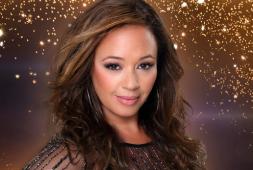 It appears Leah Remini is on a mission to destroy the Church of Scientology.

She already has a book and docuseries 'Scientology and the Aftermath' but in an interview with THR, Remini says it goes deeper than the surface.

"The Church of Scientology has been in the news, but more so for fodder and a headline," she explains. "What we are trying to do is show that this is a real thing that's tearing families apart. People really had no idea."

"It was like, 'Oh, this is that crazy thing where Tom Cruise is jumping on a couch and everybody believes in aliens?' I think that worked for a very long time to sell headlines. But we're showing how a person actually can get there, and that's what's resonating."

"We're standing up to a bully and, in a culture where people are feeling apathetic, we're representing a group of courageous people who are saying, 'No, I'm going to do something about it.'"

Remini says she was advised not to take on the Church.

"Literally every single person who has done a story about Scientology has a hate website on them."

"Everybody on my team told me not to. They want me to be an actress," she says. "They don't want me to be known as somebody who does a show about Scientology. I'm like, 'What am I going to do? Not do it? This is my passion.'"

"People who know me know that I have a very big mouth, and I have been that way since I was a kid but I never want to give the organization of Scientology the idea that anybody is scared of them. We are not. And the more they react in the way that they do, it makes me think we're doing the right thing."

Leah Remini has joined the cast of 'Kevin Can Wait' as a series regular for its second season.