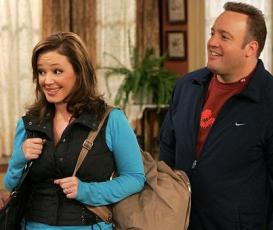 Remini has joined the cast of 'Kevin Can Wait' as a series regular for its second season after appearing on the season finale as Kevin's former police partner Vanessa.

The episode saw Kevin return to the police force for an undercover operation while Donna quit her job as a school nurse.

Producers reportedly wanted to take the show in a different direction and decided they no longer needed Erinn Hayes to be a part of the core cast. It's expected she will be a guest star to wrap up her storyline.

"True, I've been let go from the show," she said. "Very sad, I had a great experience season 1. Thank you for all the support from our wonderful fans."

Meanwhile, Remini remarked on joining the cast with one line: "Dreams do come true."

She starred with James on 'King of Queens' for nine seasons. The second season of 'Kevin Can Wait' will debut on September 25.