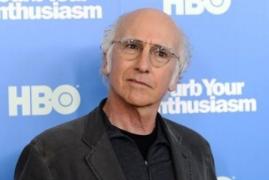 No need to curb your enthusiasm with the announcement that Larry David is finally returning with more episodes of his hit HBO series.

The cable network has announced that David has agreed to make another season of 'Curb Your Enthusiasm'. Its last season, the eighth, aired in 2011.

"We're thrilled that Larry has decided to do a new season of Curb and can't wait to see what he has planned," says HBO's president of programming, Casey Bloys.

When asked why he decided to come back, HBO jokes David said: "In the immortal words of Julius Caesar, 'I left, I did nothing, I returned.'"

No other details on the new season were announced but the mere confirmation of more social awkwardness will be enough to hold fans over until its return.