Lance Bass: I Was Touched 'Inappropriately' By 'Pedophile' While in 'N Sync 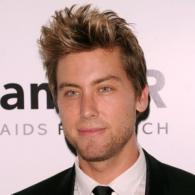 In an appearance on 'The Meredith Vieira Show' Wednesday, said he was sexually harassed by someone who worked with the band.

The singer brought up the encounter as the host was discussing Ashley Judd's revelation that she was once sexually harassed by a famous studio executive.

"When we started there was someone that we worked with that was inappropriately touching us."

He said that he knew "that this guy was a pedophile and he was touching me oddly," though he did not name his alleged offender.

"With the guys, we would talk about it. We would kind of joke about it, but it's not a joking thing. But as a kid, it was just odd."

Strangely, he added: "I'm glad that we were aware of it, and we didn't feel victimized at the time."