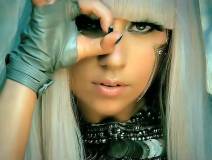 ) has cancelled her concert in Jakarta, Indonesia due to protests from religious groups and threats of violence.

"With threats if the concert goes ahead, Lady Gaga's side is calling off the concert," Minola Sebayang, a lawyer for the concert promoter told AP Sunday. "This is not only about Lady Gaga's security, but extends to those who will be willing to watch her."

"There is nothing Holy about hatred," Gaga told fans after the official announcement. "We had to cancel the concert in Indonesia."

"I'm so very sorry to the fans and just as devastated as you if not more. You are everything to me."

"I will try to put together something special for you. My love for Indonesia has only grown and all its people."

The members of the Islamic Defenders Front were against the singer holding concerts in the country because of the "pornographic" dance moves and blasted her as a "messenger of the devil."

The 52,000 tickets for the concert had been sold out for months.