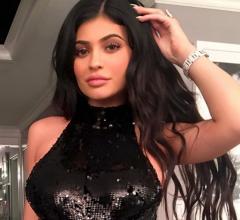 ) had her own reality series.

E! has announced that the 19-year-old reality star is getting her own 'Keeping Up with the Kardashians' spin-off, set to premiere this summer, titled 'Life of Kylie'.

The series will follow Kylie as she "navigates her unique life as an entrepreneur, fashion designer, author, television star, style icon and CEO/Founder of Kylie Cosmetics."

"The last couple years have been such an incredible journey with the support of my fans," Jenner says. "This show will allow me to give them a peek inside all of the exciting things I am working on as well as some personal time with friends."

Jeff Olde, Executive VP of Programming & Development at the network, calls Kylie "one of the most famous and successful young women on the planet."