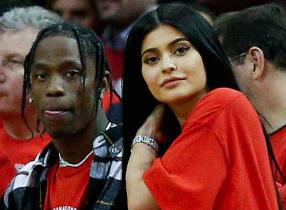 ) is expecting her first child with boyfriend Travis Scott, according to multiple sources.

Kylie and the Kardashian family have not confirmed the reports. However, the 20-year-old Lip Kit creator have already told their friends the news, according to TMZ.

It's believed Jenner is at least four months along and expecting a girl in February with her new boyfriend Travis Scott, 25.

"It is an unexpected but completely amazing turn of events that she could not be more excited or thrilled about," a source close to the family tells People.

"Everyone is overjoyed for her. This is the happiest she's ever been."

At a fashion show in Milan, Italy, Kris didn't address the news directly but said: "Something happens every single day... You never know what is going to break at any moment."