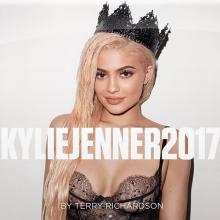 ) is teasing a risque 2017 calendar shot by Terry Richardson.

The 19-year-old 'Keeping Up With the Kardashians' star has shared two photos from the shoot that provide a hint of what's to come.

The front cover shows a blond Kylie wearing lacy lingerie and a crown, while the back cover shows her lying on the ground in a black thong and tank top with a boa constrictor draped across her backside.

"I want to keep the rest of the photos a secret, because I want you guys to be surprised," she told fans. "So f--king bomb, Terry!"

The calendar, surely filled with suggestive images with the controversial photographer associated with it, will go on sale later this month. 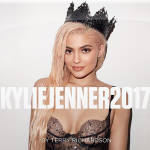 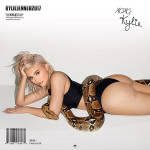