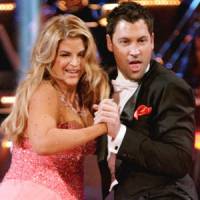 Kirstie Alley has joined the second season of 'Scream Queens' as a series regular.

With the sophomore season moving from a college campus to an eerie hospital, the 65-year-old actress will play a "brilliant and devious" administrator at the C.U.R.E. Institute.

Alley posted a series of ghost and crown emojis on Twitter after the official announcement Monday and said she was "excited" for the role.

The former 'Cheers' star was most recently seen in Will Arnett and Mitch Hurwitz's comedy, 'Flaked', and her cable comedy series 'Kirstie'.

John Stamos and Taylor Lautner were previously announced as doctors working at the hospital. The second season of 'Scream Queens' premieres on Tuesday, September 20 at 9 PM on Fox.