Kim Burrell Will Not Appear On Ellen DeGeneres' Show After Comments 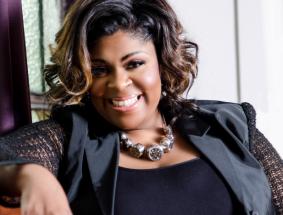 Burrell came under fire after calling gay men and women "perverted" during a sermon in which she suggested homosexuals would die in 2017 due to their sins.

"I came to tell you about sin. That sin nature. That perverted homosexual spirit, and the spirit of delusion and confusion, it has deceived many men and women, and it's caused us pain on the body of Christ," she said.

She later attempted to clarify her comments. However, she didn't back off her stance that same-sex couples were engaging in sin.

"To every person who is dealing with the homosexual spirit, I love you because God loves you," she said. "But God hates the sin."

Kim Burrell had been scheduled to appear on Ellen's show Thursday to perform a song from the film 'Hidden Figures'.

DeGeneres, who is openly gay, didn't elaborate but confirmed she had cancelled the singer's segment, saying: "For those asking, Kim Burrell will not be appearing on my show."