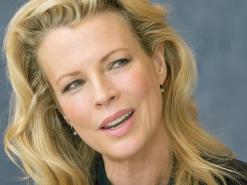 Fans will remember Basinger also tackled S&M in her 1986 film '9 1/2 Weeks', playing a young woman thrown into the world of bondage opposite Mickey Rourke.

Of course, Dakota Johnson and Jamie Dornan will return to reprise their roles.