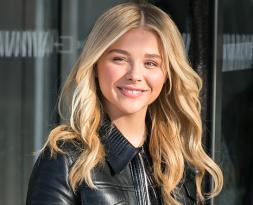 ) is defending herself against fans who criticized her for bullying Chloe Grace Moretz.

"I'm the last person to bully but have an animal instinct to protect and defend my family," Khloe explained. "Refrain from commenting on my family and OUR business (and I will do the same)."

)'s leak of their phone call.

"Stop wasting your voice on something so petulant and unimportant," Moretz said on social media. "Everyone in this industry needs to get their heads out of a hole and look around to realize what's ACTUALLY happening in the REAL world."

Khloe replied by sending Moretz a photo featuring a side-by-side image of the 'Neighbors 2: Sorority Rising' star in a red bikini next to a picture of a woman in a similar bikini photographed from the behind.

"Is this the a hole you're referring to Chloe Moretz (photos

)???," the Keeping Up With the Kardashians star taunted. "Fact check," replied Moretz. "First photo is me filming my movie Neighbors 2, the second photo is some girl who was wrongfully photographed."

Khloe's lashing out also didn't go over well with her fans.

"Oh sweetie, thats not her. stop humiliating yourself LMAOOOOO," wrote one.

"I just lost all respect for you," wrote another. "TOO FAR."