Kevin Hart Apologizes To Wife For 'Mistakes' After Extortion Over Cheating 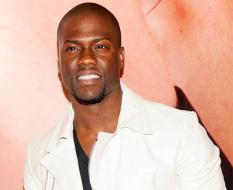 Kevin Hart has apologized to his pregnant wife and his kids for what he described as a "bad error in judgment."

The comedian posted a video to social media over the weekend in which he said he wasn't perfect and acknowledged he made poor decisions.

He said there were "no excuses" and explained someone was trying to blackmail him his mistakes.

While he didn't say as much, it was clear Hart, who has been the subject who many rumors of infidelity, was referencing an affair.

"You know, I’m not perfect. I'm not going to sit up here and say that I am or claim to be in any way shape or form. And I made a bad error in judgment and I put myself in an environment where only bad things can happen and they did," he said.

"And in doing that I know that I'm going to hurt the people closest to me, who I've talked to and apologized to … my wife and my kids."

"And I just, you know, it's a s--ty moment. It's a s--ty moment when you know you're wrong and there's no excuses for your wrong behavior. At the end of the day, man, I just simply have got to do better."

"But I'm also not going to allow a person to have financial gain off of my mistakes and in this particular situation that's what was attempted. I said I'd rather fess up to my mistakes."

The FBI is investigating the alleged extortion attempt that reportedly includes a "sexually provocative" video with an unidentified woman.

The forced admission comes weeks after Hart's ex-wife said the box office star was cheating on her with Eniko while they were still married.