Keshia Knight Pulliam's Ex Says She Had Baby Obsession, Things Not Adding Up 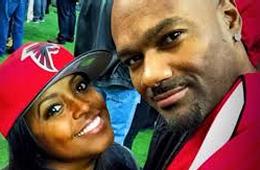 Ed Hartwell is speaking out after filing for divorce from Keshia Knight Pulliam following news of her pregnancy.

Both parties have accused each other of being unfaithful during their marriage and Hartwell has demanded she undergo a paternity test because he claims the former 'Cosby Show' star had a baby obsession.

"And what I was trying to explain to her was that – from my beliefs, from seeing other successful people – that when you first get married, especially since we didn't have a long courtship, that we should actually focus on each other and not just have a baby. That's something she really did want to do."

"I told her I think we probably messed up. I think we moved too fast. Our lives and wants are headed two different directions."

Pulliam, 37, and Hartwell, 38, dated for four months before getting married.

Hartwell says his ex-girlfriend of four years had just "lost a baby" which made him realize he still "cared about her," which further upset Pulliam.

"All she was a mad about was, 'You don't want to have a baby, but you're mad about her baby. You can't talk to her.' And there was a big fall-out."

He says he found out about the pregnancy after moving out and "some things just weren't adding up."

"I can't say she's been unfaithful. I can say she's stayed out, she's not came home, she's went out-of-town for three days, I don't know what's going on."

Pulliam said a day earlier that Hartwell was the one who cheated during their marriage. She claimed she almost left him over the infidelity but decided to stay once she found out she was pregnant.