Kelly Ripa On Her Side Of 'Live' Drama With Strahan: 'People Deserve Respect' 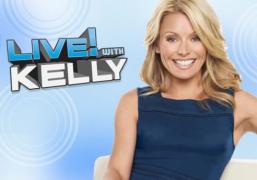 Michael Strahan says goodbye to 'Live' on Friday and, in the latest issue of 'People', Kelly Ripa (photos

) explains her side of the story.

Ripa took several days off last month after she learned only minutes before the rest of the world that Strahan was leaving the show for ABC's 'Good Morning America'.

To make things worse, Ripa discovered that her GMA counterparts knew about the discussions while she had been kept in the dark the entire time by both ABC and her co-host of four years.

"There's a part of me that can say, 'OK, I understand. This may have been an oversight.' And again, after 26 years, at this point we are like a family," Ripa says.

"And sometimes when you are so comfortable with somebody, you may not give them the same consideration as somebody you're not as comfortable with—a certain formality falls away."

"I think that all people are deserving of fair treatment in the work place. People deserve respect. People should be treated equally and with dignity."

"I'm not dealing with monsters. I don't think of anybody as a monster or out to get me," she explains. "But sometimes stability and dependability can be misinterpreted as passive. Like, 'Oh, we don't have to worry about her, she's fine. She's fine.'"

"And I am fine," she adds, "but I need assurances that we're all going to be fine."

Ripa has been taking subtle shots at Strahan since he announced his departure. After making a contract negotiations joke, she brought up Strahan's divorces and most recently wore a jacket with the word "freedom" printed across the back to work.