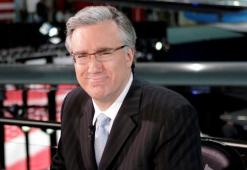 Keith Olbermann and ESPN are parting ways again after a heated debate over the host's "commentary" on his program.

"Keith is a tremendous talent who has consistently done timely, entertaining and thought-provoking work since returning to ESPN," the network says in a statement announcing the move.

"While the show's content was distinctive and extremely high quality, we ultimately made a business decision to move in another direction. We wish Keith nothing but the best and trust that his skill and ability will lead him to another promising endeavor."

It said the program, "Olbermann," will end sometime this month.

The announcement came two years after the 56-year-old returned to the sports network after his tumultuous exit in 1997.

ESPN appears to be cutting costs in a big way in 2015. They will save on Olbermann's salary, as well as millions on the Times Square studio they used to lease for the program. It also cut Bill Simmons, and his annual $5 million contract, earlier this year.