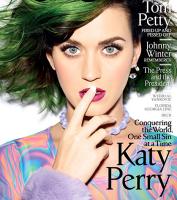 ) but only if the singer apologizes.

Asked by a fan if she would ever collaborate with Taylor swift, Perry replied "if she says sorry, sure!"

The roots of the feud go back a couple of years when Swift claimed in an interview with Rolling Stone that the singer tried to steal away her tour's dancers.

"It was so horrible," Swift said. "She basically tried to sabotage an entire arena tour. She tried to hire a bunch of people out from under me. So now I have to avoid her. It's awkward, and I don't like it."

At the time, Perry claimed there was no truth to the story and referring to the 'Bad Blood' singer said: "Watch out for the Regina George in sheep's clothing."