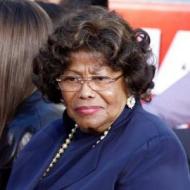 Shortly after going missing for a few days and being traced back to Arizona, Katherine Jackson was ordered to relieve custody of her grandchildren in favor of TJ Jackson, Tito Jackson's son by Superior Court Judge Mitchell Beckloff.

The news comes as reports of a deep rift within the Jackson family continue unabated, following a scuffle which was reported at Katherine Jackson's house last Monday and interrupted by a number of Los Angeles County sheriff's deputies. The fight appears to have involved many family members and was reported by the Los Angeles Times.

Speaking outside court, the new guardian of Michael's children, TJ Jackson, said after meeting with Katherine last Tuesday he thought: "I've never heard my grandmother talk like that. Strange... the way it sounded In every way. The sound in her voice. The pauses. I never heard her use some phrases."

TJ, the son of Tito Jackson, then added there are only three words I want to say: Always kids first!"

Judge Beckloff has made it clear that the move was only temporary and that he would await the return of Katherine Jackson to see whether she was in a condition to pursue her role as matriarch of her son's children.

The children confirmed that they had not had verbal contact with their grandmother since July 15 and that the Judge wanted to speak to her about the reasons for this upon her return, which her attorney, Perry Sanders Jr said, in a statement, would be imminent. He also added that he would fight for her re-instatement as matriarch, together with any attempt to replace her permanently.

The decision to replace Katherine Jackson was taken after listening to the comments of the eldest of the two children, Prince and Paris, who agreed to the temporary appointment of 34-year-old TJ Jackson.