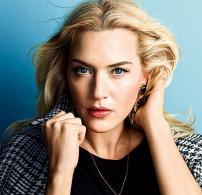 ) shared the limelight and took the chance to plant a kiss on Allison Janney at the Hollywood Film Awards.

The Oscar winner was on stage to accept the Hollywood Actress Award for Woody Allen's 'Wonder Wheel' when she began by giving a shoutout to Janney.

"Allison Janney is in this room," the 42-year-old Winslet said at the Beverly Hilton Hotel.

"Allison, I know I don't really know you, I just want to be you."

"I want to stroke you, or something," she said. "I mean, we could always kiss, maybe? Maybe?"

That was enough to get Janney to rise from her seat and race towards the stage.

"Ah, it's gonna happen!," Winslet said. "This is an exciting moment!"

After a brief kiss on the lips, Janney returned to her seat as applause filled the room.

Kate Winslet is honored with the Hollywood Actress Award for her role in @wonderwheelmov. ?? #HollywoodAwards pic.twitter.com/zmPl3il3oT