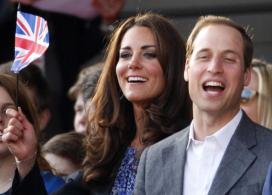 A court has awarded Kate Middleton $120,000 in punitive damages five years after topless photos of her were published in a French tabloid.

French magazine Closer published topless shots (uncensored link) of the Duchess of Cambridge in 2012 while she was on vacation with her husband, Prince William, in Provence, France at a private chateau.

Unbeknownst to Middleton, she was photographed topless from a distance and the court ruled that publication of the photos breached the couple's privacy.

"The Duke and Duchess of Cambridge are pleased that the court has found in their favour and the matter is now closed," a Kensington Palace spokesperson said in a statement.

"This incident was a serious breach of privacy, and Their Royal Highnesses felt it essential to pursue all legal remedies. They wished to make the point strongly that this kind of unjustified intrusion should not happen."

The royal couple had been seeking $1.7 million in punitive damages for what they described as a "grotesque and totally unjustifiable" invasion of their privacy.