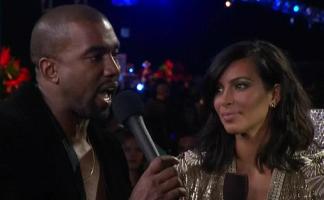 Kanye West has filed a $10 million lawsuit against Lloyd's of London for failing to pay out on an insurance policy after he abruptly cancelled his Saint Pablo tour in November 2016.

In the filing, West claims the insurance company has made him go to great lengths to prove his mental breakdown was real.

THe rapper says after paying "hundreds of thousands of dollars in insurance premiums," the company is looking "for some contrived excuse not to pay."

"Nor have they provided anything approaching a coherent explanation about why they have not paid, or any indication if they will ever pay or even make a coverage decision, implying that Kanye's use of marijuana may provide them with a basis to deny the claim and retain the hundreds of thousands of dollars in insurance premiums," West states in the filing.

The filing adds that the decision to scrap the tour was made because West's "behavior was strained, confused and erratic" at his last concert and "showed no sign of improvement... prompting the decision by all concerned to cancel the show scheduled at the Los Angeles Forum that evening, and to cancel the entire balance of the Tour."