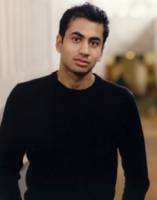 'Harold and Kumar' star Kal Penn, who is currently working in the White House's Office of Public Liaison, was robbed at gunpoint in Washington, D.C. early Tuesday morning.

A man carrying a gun approached Penn around 1:30 AM in the Dupont Circle area, forced him to get on the ground, and took his wallet and other personal property.

Penn immediately reported the incident to police, who then launched an investigation into the matter.

A police official, speaking on the condition of anonymity, described the incident as "a basic street robbery." No one was hurt in the incident.

The 32-year-old Penn gave up his role on 'House' last year to take the job at the White House.

He is scheduled to return to acting later this year to reprise his role as Kumar in a new 'Harold and Kumar' Christmas movie.