Kaitlyn Bristowe Says 'Bachelor' Blocked Her From 'Dancing with the Stars' 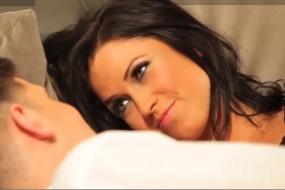 After news broke that current 'Bachelor' Nick Viall will compete on 'Dancing With the Stars', former 'Bachelorette' Kaitlyn Bristowe lashed out at creator Mike Fleiss from blocking her from participating back in 2015.

The 31-year-old Bristowe said she had been offered a contract but the franchise creator told her she wasn't allowed to compete.

"I believe men and women should be afforded the same opportunities," she said. "That has not been the case with The Bachelorettes and The Bachelors."

"I had an offer to do Dancing with The Stars and was told by Mike Fleiss I could not. I was told by Mike that it is bad for his brand, and that he is sick of people wanting fame from his show."

"I was offered it, had the contract and Mike Fliess told me I wasn't allowed. He said he didnt want people wanting fame after his show."

"I am a dancer and wanted to do it, my fiance Shawn Booth wanted me to as well. He even wrote Mike emails. I told Mike it was my passion. I was told Shawn should be my only passion."

After Fliess' stance was ousted, the creator responded that Kaitlyn "has my total support if she wants to appear on DWTS!"

"Thanks I'll get right on that opportunity 2 yrs ago," she replied sarcastically. "I wonder what changed your mind?"

"My hope in speaking out is that future Bachelorettes are given the same opportunity as Bachelors," explained Bristowe. "Whether it be a wedding, to dance, or another show. Ben Higgins had the decision to do Dancing or his own show. Just to be treated the same, to choose whatever will make them happy."