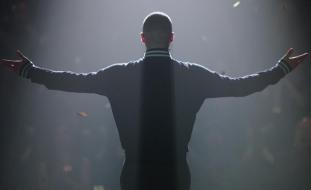 Justin Timberlake has released single 'Filthy' from his new album, 'Man of the Woods'.

Timberlake channels an inventor akin to the late Steve Jobs at a product event introducing an artificial intelligence creation in the video.

The video was directed by Mark Romanek, who previously worked with Timberlake on the video for 'Can't Stop the Feeling'.

"This song should be played very loud," the singer remarked on social media.