Justin Bieber To Get Animated For 'The Simpsons' 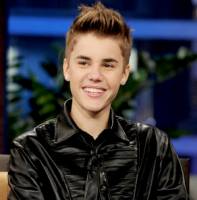 Justin Bieber let his fans in on a little secret on Wednesday: he's going to guest star on 'The Simpsons'.

"Just did a voice over for the SIMPSONS!!!," said an excited Bieber, who is a longtime fan of the show.

Executive producer of 'The Simpsons', Al Jean, confirmed the news and added that the singer will join Homer and the family in an episode called 'The Fabulous Baker Boys', which will likely air sometime in 2013.

"He tries to get into a talent show that Bart is playing piano in and they won't admit him. "Draw your own conclusions," Jean quipped when asked for more details.

"It's a cameo, but all of his fans should watch every minute of the show, before and after he's on."

Bieber will join other a host of other stars for 'The Simpsons' 24th season like as Zooey Deschanel (who will play Bart's lost love), Anne Hathaway (photos

The new season premieres on September 30.