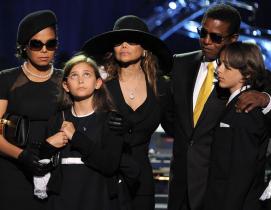 Jurors in the wrongful death lawsuit against AEG have decided that the concert promoter was not negligent in the death of Michael Jackson.

After three days of deliberations, the jury concluded that while Dr. Conrad Murray had been hired by AEG and gave the pop star the powerful anesthetic Propofol, he was not unfit or incompetent to perform the work for which he was hired.

"We reached a verdict that we understand that not everybody is going to agree with," said jury foreman Gregg Barden. "But the decision was reached after very careful consideration of five months of testimony, thousands of documents and of course the guidance of the court."

"The jury's decision completely vindicates AEG Live, confirming what we have known from the start – that although Michael Jackson's death was a terrible tragedy, it was not a tragedy of AEG Live's making," said AEG attorney Marvin Putnam.

"There was simply no evidence that anyone at AEG did anything wrong. The win was a great victory for CEO Randy Phillips in particular, who was personally sued by the Jacksons."

Putnam had previously argued that if AEG Live had known that Murray was giving Jackson the anesthetic as a sleep aid, they would have cancelled the tour.

"AEG would have never agreed to finance this tour if they knew Mr. Jackson was playing Russian roulette in his bedroom every night," he said in his final argument.

Michael Jackson's mother, Katherine, who had sued AEG for as much as $1.5 billion in damages over the sudden death of her son simply said "I'm OK" as she left the courtroom empty handed Wednesday.

Her attorney, Kevin Boyle, said: "We, of course, are not happy with the result as it stands now. We will be exploring all options legally and factually and make a decision about anything at a later time."