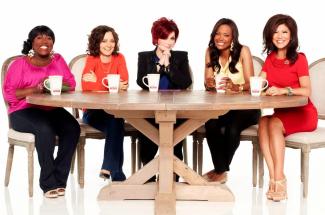 Julie Chen shared a family secret on 'The Talk' on Tuesday that she said had haunted her for many years: her grandfather was a polygamist.

"The reason we all have family secrets — and the reason we try to keep it a secret — is because it's often something that brings shame to the family," Chen told her co-hosts.

"And my situation was no different. My mom tried to keep this secret from me and my two sisters for a long time. She was afraid for me personally, it would damage my career goals."

""My grandfather was a polygamist," the 44-year-old said. "He had nine wives, six of whom bore him children. He had 11 children that we know of, countless mistresses… I never met my grandfather... all I knew growing up was that he grew up dirt poor. Dirt poor."

"As you can imagine this was extremely hard on my grandmother. She was his first wife," Chen explained. "They were in a pre-arranged marriage. This was not the man she chose to marry... but you grow to love this man."

"Then you see wife number two come through the door, number three, number four. The last wife was younger than my uncle, the first-born son."

Chen added "had he not died in a freak car accident when he was 42, he probably would have had more wives and more than 20 children. It was hard on my mom... on his deathbed he apologized to my mom."