Julie Chen: Barbara Walters Snubbed My Invite For 'The Talk' 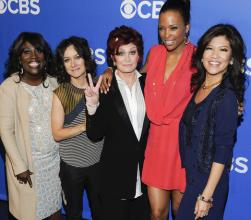 In last night's appearance on the 'Late Show', Julie Chen told David Letterman that Barbara Walters turned down her invite to appear on 'The Talk'.

When Walters ran into Chen's husband, CBS CEO Leslie Moonves, she claimed that ABC wouldn't let her appear on 'The View' competitor.

But, confirming the rivalry between the two, Chen called out Walters and said she's not buying it.

"I was like she wanted to come? And then I thought about it and I said 'who tells Barbara Walters what to do?.' I was snubbed!"