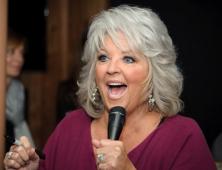 A federal judge in Georgia has thrown out the racial discrimination claims by a former restaurant manager whose lawsuit has already cost Paula Deen her Food Network job and countless contracts.

The judge ruled that plaintiff Lisa Jackson who is Caucasian, couldn't sue for treatment that she herself didn't allegedly endure.

"She lacks standing to pursue racial discrimination claims because she does not allege that she suffered any discrimination based on her race," the judge said.

"Her difficulties do not fall within the zone of interests sought to be protected by Title VII and cannot support a claim of racial discrimination under the statute."

Jackson had sued Deen and her brother, Bubba Hiers, last year saying she suffered from racially offensive talk and sexual harassment during her five years as a manager of Uncle Bubba's Seafood and Oyster House.

The judge added that to allow Jackson to seek legal recourse for discrimination directed towards others "would serve to conscript federal courts as human resource departments that are responsible for imposing and monitoring a federally created standard for harmony in the workplace."

While Deen's testimony about the case's racial discrimination claim was her public undoing, after she admitted under oath to using the N-word, the celebrity chef's lawyers are pleased with the latest developments.

"We are pleased with the Court's ruling today that Lisa Jackson's claims of race discrimination have been dismissed," they say. "As Ms. Deen has stated before, she is confident that those who truly know how she lives her life know that she believes in equal opportunity, kindness and fairness for everyone."

The sexual harassment claims against Deen and her brother are still standing in the ongoing case.