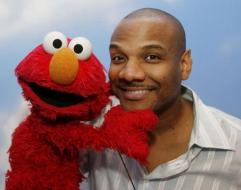 A New York judge has thrown out three lawsuits brought by men who said former Elmo puppeteer Kevin Clash sexually abused them when they were minors.

The judge agreed with Clash's attorneys and said the men waited too long to sue. He barred claims because they went over the statute of limitations, which states such suits must be filed within six years after an event or three years after a plaintiff turns 21.

The lawyer representing Cecil Singleton, Kevin Kiadii and an unnamed John Doe said:
"The statute of limitations is an arbitrary timeline that silences victims."

"We believe that the victims in this case are within the statute of limitations, but this ruling highlights the need for a window in New York to allow victims to have their day in court. This is the first battle. We plan to appeal the decision and continue the fight to be a voice for victims."

Clash is still facing one lawsuit filed in March by 24-year-old Sheldon Stephens, who first leveled accusations of sexual abuse against him.

He subsequently recanted his statements and claiming that the two had an "adult consensual relationship" but then said he had been forced to do so and is now standing by his original accusations.