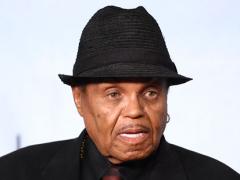 A judge said on Tuesday that Michael Jackson's father cannot challenge the executors chosen by the singer to handle his will.

Superior Court Judge Mitchell Beckloff dashed Joe's hopes by telling him that he does not stand to inherit any of his son's assets.

"I don't think he gets to step into this and create further litigation," declared Beckloff. "Joe Jackson takes none of this estate. This is a decision his son made."

The most Joe can hope for is a family allowance from the estate due to his claim that Michael had been supporting him indirectly through his mother.

Michael and Joe had an often-strained relationship, and despite his father being the one who managed and trained him with the 'Jackson 5', the singer decided to leave him out of the will altogether.

He is still expected to file a motion to receive an allowance, however, with the judge's decision it's not looking very likely that it will come to fruition.

Meanwhile, the court also released figures that show that the estate paid more than $1 million for the private family funeral held at Forest Lawn Memorial Park.

During the period that the family waited to bury Jackson, they were charged $5,000 a month for holding the remains in temporary storage.

"I would have done it less expensively. But it was Michael Jackson, who was larger than life," explains Howard Weitzman, an attorney for the estate. "There's no reason he should not have a funeral that's larger than life."