Joy Behar Gets Married After 29 Years With Boyfriend 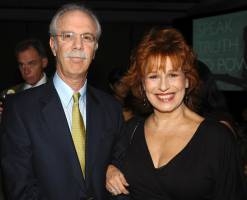 Joy Behar is once again a married woman.

After dating for 29 years, the 68-year-old comedian and 'The View' co-host has tied the knot with Steve Janowitz.

"She will discuss it on September 6 on The View when the show returns for the 15th season."

Behar hinted she was going to marry Janowitz, whom she lovingly referred to as her 'spousal equivalent', a couple of years ago.

This is the second marriage for Behar. Her first marriage, to Joe Behar, lasted 16 years and ended in 1981.