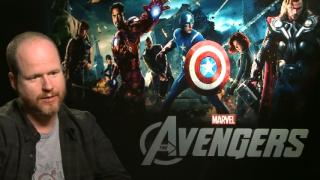 In an appearance on 'Late Night with Jimmy Fallon', Joss Whedon confirmed that the team of Quicksilver and Scarlet Witch will join Marvel's 'The Avengers 2'.

"There are new characters," Whedon told Fallon. "We're going to have a brother-sister team, the Scarlet Witch and Quicksilver, who were great mainstays of The Avengers when I was reading the comics as a kid."

In the Marvel universe, Quicksilver and Scarlet Witch are the twin children of Magneto.

"But besides the fact that I grew up reading them, their powers are very visually interesting. One of the problems I had on the first one was, everybody basically had punchy powers. 'I can hit,' 'I can also hit.' Hopefully it didn't get too boring."

"But coming into the second one, he's got super speed. She can weave spells and a little telekinesis, get inside your head. There's good stuff that they can do that will help sort of keep it fresh."

Whedon added no actors have been cast for the parts yet and "we're doing that now."

The director also talked about how he's approaching the sequel in a brief interview a couple of weeks ago.

"I'm very excited about the villain, and have a lot to say about him. But if you watch my shows the one thing I've never been very good at is guest stars, because I've always been so interested in the ensemble. With The Avengers, I'm still most fascinated by them. How do these guys feel, and what's the way they conflict, and what's the unexpected way they connect?," he asked.

"Forming a team is one story; being a team is a very different story. The other thing is, you don't try to top it. I know I will never make as pleasing a moment in a film as Hulk and Loki. You can't chase that dragon."

"If you try to do exactly the same thing, the chances you're going to do it better are very slim, and the only reason for me to devote three years to making another Avengers movie is the hope of making a better one."