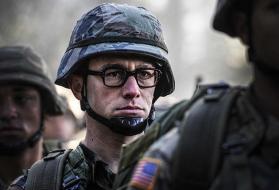 Joseph Gordon-Levitt is in talks to play Edward Snowden in Oliver Stone's upcoming film about the NSA whistleblower.

'Variety' reports Gordon-Levitt has already accepted Stone's informal offer but a written contract has yet to be signed.

If he were to take the role, it would continue the actor's interesting career choices coming off after playing Twin Towers wire-walker Philippe Petit in Robert Zemeckis' 'The Walk'.

Stone's film will be based on Luke Harding's 'The Snowden Files: The Inside Story of the World's Most Wanted Man' and 'Time of the Octopus', written by Snowden's Russian lawyer.

Sony has also obtained the rights to Glenn Greenwald's 'No Place to Hide: Edward Snowden, the NSA, and the U.S. Surveillance State'. However, it appears Stone will be first out of the gate with the film set to start shooting later this year or in early 2015.