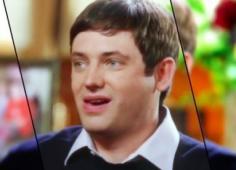 "On or about September 19, 2016, Werner Spitz provided an interview to CBS Detroit in which he explicitly and falsely stated that Burke Ramsey killed his sister, JonBenet Ramsey," the lawsuit states.

Spitz claimed that Burke Ramsey, who was nine at the time, "bludgeoned her to death."

"Defendant Spitz made this accusation without ever examining, JonBenet's body, without visiting the crime scene, and without consulting with the pathologist who performed the autopsy on JonBenet."

JonBenet was found dead in the basement of the family's Colorado home about eight hours after she was reported missing. She had been struck on the head and strangled.

Law enforcement initially suspected JonBenet's parents and her brother. However, they were cleared in 2008 after DNA on the girl’s underwear didn't match anyone in the family.

The now 29-year-old Burke is seeking at least $150 million in damages.