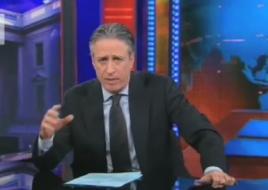 Jim Cramer had to have seen it coming when he agreed to debate Jon Stewart, but the CNBC stock guru looked as shocked as ever when the comedian hammered him for putting entertainment above journalism.

It started right from the opening bell, pun intended, as Stewart announced it was 'go time'. He played a video of Cramer's guest appearance on 'The Martha Stewart Show' this week in which Cramer beat a mound of dough, pretending it was Stewart.

"Mr. Cramer, don't you destroy enough dough on your own show?," quipped Stewart.

The 'Mad Money' host tried to portray himself as an innocent victim like everyone else: "I always wish that people would come and sware themselves in. I've had a lot of CEOs lie to me on the show. It's very painful. I don't have subpoena power."

"But, but, you're pretending that you are a dew-eyed innocent," interrupted Stewart. "I understand that you want to make finance entertaining, but it's not a f--king game. I can't tell you how angry that makes me because what it says to me is you all know."

"You all know what's going on. Listen, you knew what the banks were doing and yet were touting it for months and months. The entire network was. Now to pretend that this was some sort of crazy once-in-a-lifetime tsunami that nobody could have seen coming is disingenuous at best and criminal at worst."

"I can't reconcile the brilliance and knowledge you have of the intricacies of the market with the crazy bulls--t I see you do ever night."

Stewart insisted Cramer wasn't his target, but aired clip after clip of the CNBC pundit, most of them from a 2006 interview in which Cramer spoke openly about the duplicity of the market. It was perhaps the harshest lashing Stewart has given to a fellow TV personality since 2004 when he called CNN's Tucker Carlson and his co-host Paul Begala "partisan hacks" on for their 'Crossfire' political commentary program.

"I, too, like you, want to have a successful show," said Cramer, in another attempt to defend his methods. "Should we have been constantly pointing out the mistakes that were made? Absolutely. I truly wish we had done more."

At the end of the program, Stewart said: "I hope that was as uncomfortable to watch as it was to do."

See video of the Jon Stewart and Jim Cramer showdown below, which was an utter disaster for CNBC and Cramer: