Jon Cryer Tells Conan O'Brien: 'The Fact Is, I Am a Troll' (Video) 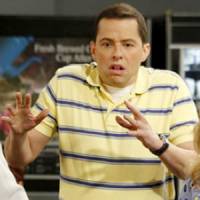 After being called a 'turncoat, a traitor, a troll' by Charlie Sheen, Jon Cryer has something to confess.

"The fact is, I am a troll," Cryer quipped in an appearance with Conan O'Brien last night.

"It's not something I like to talk about. My parents don't even know I'm a troll. Of course I guess they do now."

"The truth is that there's not a lot of tolerance for people like me, especially in Hollywood. To avoid ignorance and bullying, I've had to hide the fact that I'm a troll."

"You have no idea how much time and money I've spent on electrolysis and hair dye and reconstructive surgery so I can look like this, instead of this," he said as a photo of himself as a pink Troll flashed on the screen.