Jon Bernthal: I Have To Stay In Character To Play 'Daredevil's Punisher 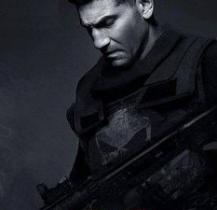 Jon Bernthal reveals that he had to stay in character to play the Punisher while he was filming Netflix's 'Daredevil'.

"You know, maybe if I was a better actor I could go to the bars, nightclubs and go eat Chinese food and just kind of show up and be 'I'm the Punisher.' But I have to sort of stay in it," he says.

"I have to stay in it pretty fully. I know it sounds so pretentious," he admits. "It's a lot of isolation and not having too much fun."

"He lives in a world of darkness so I think my job is to kind of embrace that. It's terrible. It's not fun," he laughs.

"There's a lot of training. The fights on that show are very ambitious. We do movie quality fights in a TV schedule," he explains as we saw in the last trailer.

"I'm definitely not that much fun when while I'm playing this part."

Bernthal also hints that while you don't see the skull on his chest when he first appears on the series, you may see the familiar design by the end of it.