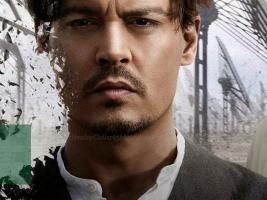 Johnny Depp is being sued by a woman who claims she was beaten and humiliated by the actor's security at a concert.

The woman, a medical professor at UC Irvine who is handicapped, says she was humiliated when she attended a concert by Iggy and the Stooges in December with her husband at the Hollywood Palladium.

She claims Depp told his security to forcibly remove her from a VIP seat near him and that she was moved so roughly that her clothes were "disheveled," her shoes came off, her pants came down and "exposed her buttocks" to other concertgoers.

The woman says the incident caused her cuts, bruises and other "injuries to the extreme and outrageous humiliation."

She says that she went to the emergency room and then to the police station to have "the facts of the incident documented."

Depp and the Hollywood Palladium are being sued for unspecified damages for negligence, premises liability, assault, battery, false imprisonment and discriminatory practices.