John Travolta: James Gandolfini Helped Me Through My Son's Death 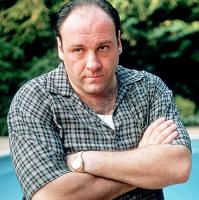 John Travolta says he was shocked to learn about the sudden death of his friend, James Gandolfini, this week.

In an appearance on 'Good Morning America', Travolta recalled how 'The Sopranos' star helped him through the death of his 16-year-old son, Jett, in 2009.

"James went out of his way to come to Florida and he would not leave Florida until I was okay, or he felt that I would be fine," Travolta said. "After a week I said, 'Jim you can really, you can, you know, we'll be fine. I've got a lot of support here.'"

"But the idea that in our profession someone would go out of their way and not want to leave you until he felt you were okay, that's the kind of soul that James Gandolfini was," he explained. "He was a people person first, and then everything else."

Travolta is now hoping he can return the favor.

"My goal is to make sure that his family is okay," he said. "His little boy, I watched him grow up, and his brand new little girl. We'll just make sure they're taken care of. That's the whole idea."