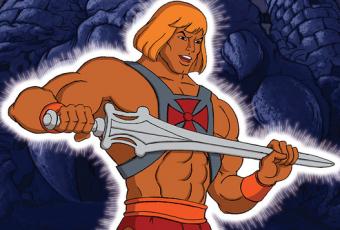 Producer Joel Silver has teamed up with Warner Bros. and Mattel to turn "He-Man and the Masters of the Universe" into a live-action film.

He-Man was turned into motion picture in 1987 but the "Masters of the Universe" flopped with stars Dolph Lundgren as the title character and Frank Langella as nemesis Skeletor. Word of this new movie comes just before the July premiere of DreamWorks' "Transformers," which also began as an animated series and toy line in the '80s.

The toymaker, which now licenses "He-Man" for high-end merchandise sold to hardcore collectors, has been wary of going Hollywood again. An attempt by Fox 2000 to make another movie, this time with director John Woo, ended in futility as the toymaker didn't spark to the screen plans.

Mattel has been hesitant to agree to another "He-Man" movie due to the first but success could mean the entire relaunch of the toys.

The new movie has been pitched to Mattel as a classic good vs. evil battle, using visual effect similar to the hit "300." As a warrior is the last hope of the magical land called Eternia, which is being ravaged by technology and the Skeletor.

Below is a clip of the intro, brings back some memories!